Marius Kipserum (Kenya) wins the NN Marathon Rotterdam in a course record. He finished after a thrilling race in a time of 2.04.11, 16 seconds faster than the Kenyan Duncan Kibet 10 years ago. Kaan Özbilen (2.05.27) and Saina (2.05.42) completes the podium of the 39th edition of the NN Marathon Rotterdam. Abdi Nageeye (4th place), ran a personal record and breaks the national record for the Netherlands in a time of 2.06.17.

For Kipserem, who also won in Rotterdam in 2016, meant no personal record with the 2.04.11. He was in 2018 seven seconds faster in Abu Dhabi (2.04.04). Only the time is not official recognized, because there was a wrong deposit in the course and therefore the course would have been 200 meters too short.

The Ethiopian Ashete Bekere won in 2.15.22 the women race. The Kenyan Stella Barsasio stayed in her company for a long time, but had to drop out in the final and finished second in 34 seconds.

It was the 39th edition of the NN Marathon Rotterdam. The edition was sold out, 17.000 runners took part and that was the maximum number allowed. 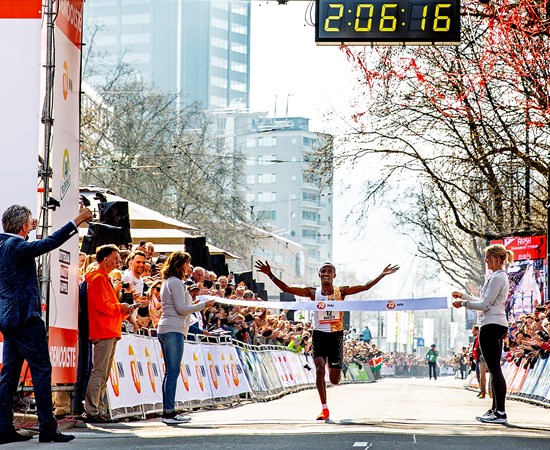 All 17.000 entries for the marathon distance have sold out. The AD City Run Rotterdam (4,2 km) entries are still open, so it's not too late to involve the whole family. Relive your race with the smart medal

Are you participating in the NN Marathon Rotterdam this year? Then you will receive a special medal: the Smart Medal. With this medal you can relive your race, because your running story is stored in the medal. En you can make your story even more personal by adding your own photos. Download the Smart Medal app on your smartphone, since you will need this app to be able to scan your medal after the race and watch your NN Running Story. 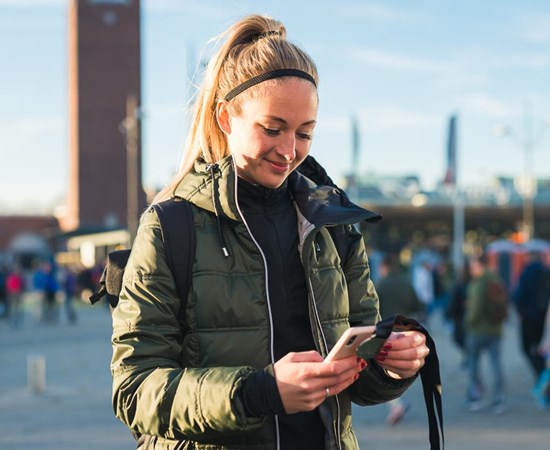 Kipserem will battle with a host of top-class runners that also have a marathon victory in 2018 to their names, including the Ethiopian Woldaregay Gezahegn Kelkile (winner of the Frankfurt Marathon, Emanuel Saina (Buenos Aires Marathon winner) and the winner of the Sydney Marathon, Elijah Kemboi. In total, there will be six athletes with a personal best of 2:05.56 or faster lined up at the start of the Netherlands' most gorgeous marathon. The Running Supporter returns! Also during this year’s edition of the NN Marathon Rotterdam, you can surprise your marathon hero with a personal encouragement video. Your video message will appear on one of the four large screens next to the course when your runner is at the 34 kilometer point. 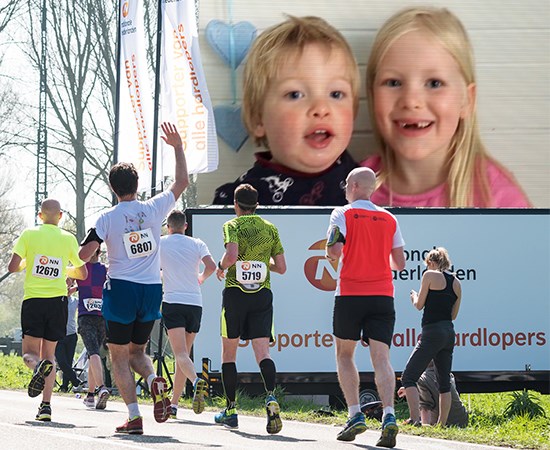 Top 8 places to watch the marathon

Watching the marathon on television just isn’t the same – if you want to absorb the electric atmosphere, and cheer on the runners you need to find a good point. Here's where to get the best views along the NN Marathon Rotterdam route.

The city and the NN Marathon Rotterdam’s icon. Just before 10 o’clock the runners gather full of high expectations at the foot of the Erasmusbrug. The countdown begins. There’s the sound of the gunshot. Rotterdam’s heroes take off. After 25 km, the marathon runners turn around head back here, so you have more than one chance to show your runner some support. 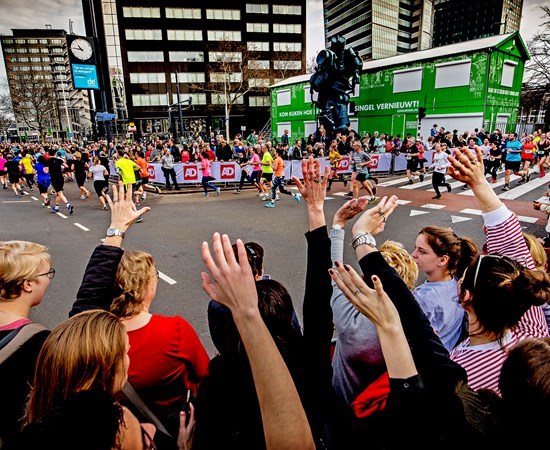 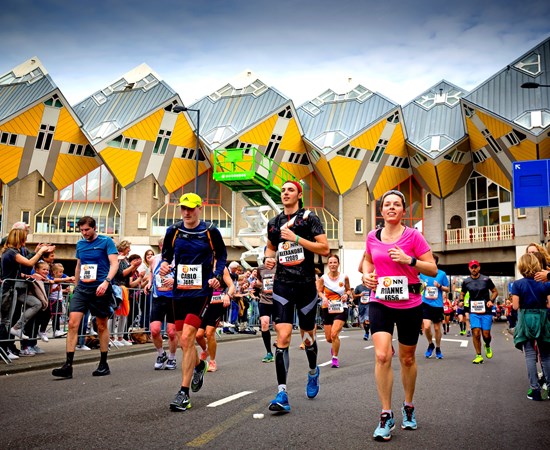 Dutch marathon runner Abdi Nageeye will be at the start of the most beautiful marathon in the Netherlands for the 3rd time on Sunday 7 April. The 29-year-old top athlete is no stranger to Rotterdam. In 2015, he made his debut in Rotterdam and finished 9th overall in a time of 2.12.33. He was crowned Dutch Champion with this fantastic performance. In 2017, he was the first Dutch athlete ever to dive under the 'magical' limit of 2.10.00 (2.09.36) on the Coolsingel. Half a year later, on a sunny day in Amsterdam, the Somali-born man claimed the national title in a Dutch record of 2.08.16.

The talented Nageeye returns to Rotterdam, partly to take revenge after the European Athletics Championships in Berlin where he had to stop in the final stages after suffering from cramps. Earlier that year, he ran the Boston Marathon where he finished 7th in very harsh weather conditions. The athlete himself said this was his toughest marathon ever. 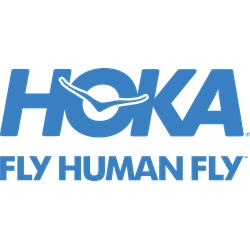 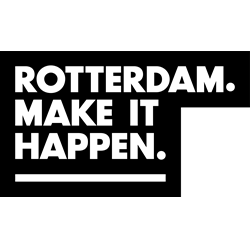